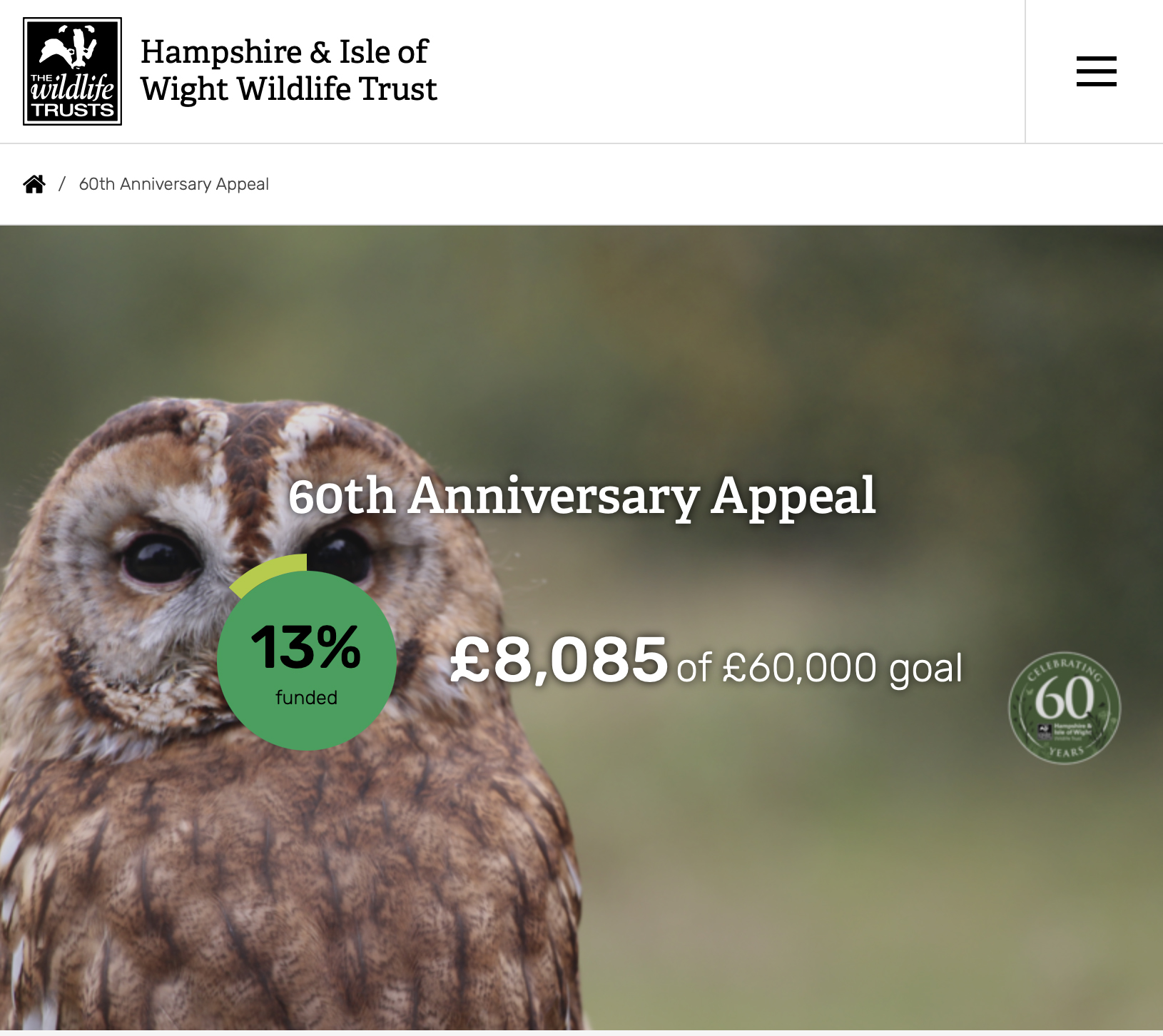 Nature is in trouble. A quarter of UK mammals and nearly half of bird species are in danger of disappearing. Hedgehogs, red squirrels, bats, turtle doves, cuckoos and water voles are all at risk. Insect populations have suffered even more drastic declines. Nature’s demise will have far-reaching consequences for both wildlife and people if we don’t act now.

In Hampshire and Isle of Wight just 12% of our landscape is protected for nature – but fewer than half of these sites are in good condition for wildlife and they are not all safe from development. Extensive losses of wild places over many years and ongoing fragmentation of those that remain have had a disastrous impact.

But there is still hope. You can help turn this around and tip the balance in favour of nature’s recovery by supporting our 60th Anniversary Appeal today.

Making up just 2% of our counties, Wildlife Trust nature reserves are now some of the best places where wildlife remains and thrives. Over the past 60 years, our reserves have provided a vital refuge for our rarest and most vulnerable species and habitats. They have supported many conservation successes, including the return of breeding populations of avocet at Farlington Marshes and the reintroduction of marsh fritillary butterflies in north Hampshire. We are fortunate that our founding members had the foresight to protect these special places. Without our reserves, nature would be in a far worse state.

By making a gift to celebrate our nature reserves you are supporting local wildlife through the vital conservation of over 4,600 hectares of habitat across our two counties.